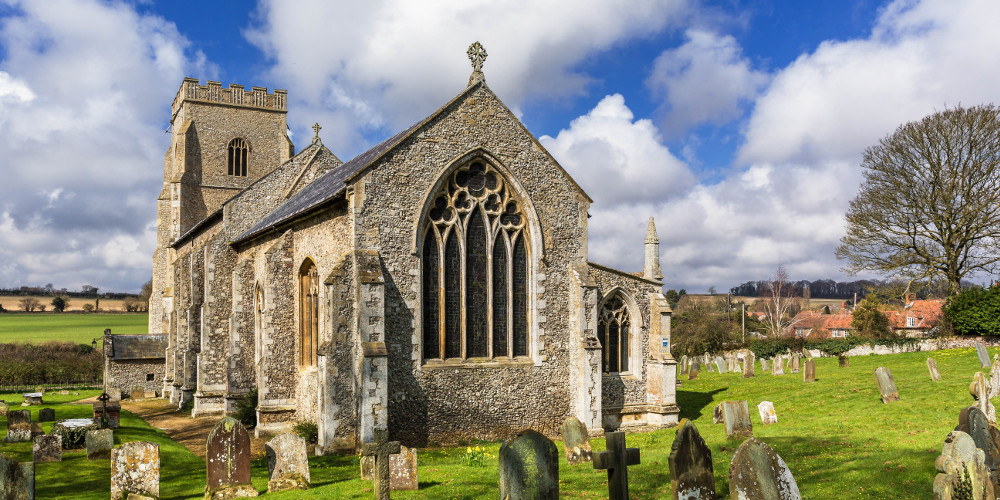 The exact origins of the name Creake are unclear, but probably derive from the de Creke family who were Lords of the Manor in Henry 1st’s reign.
The most famous landowner in the parish of North Creake was Sarah, Duchess of Marlborough, who acquired over 3000 acres in the early part of the 18th century. The ownership subsequently passed through her direct descendants to the Spencer family and has remained in their possession to this day. The current Lord Spencer (Charles, brother to the late Diana, Princess of Wales) takes an active interest in the affairs of St Mary’s and is alternate Patron with the Bishop of Norwich.
Other famous people associated with the parish include Anthony Trollope, the well-known author who was a friend of the Reverend Thomas Keppel, Rector of North Creake in the mid-19th century.Trollope allegedly visited the new Rectory built in 1845 and can easily imagine this Rectory as inspiration for Plumstead, Archdeacon Grantly, and all the other clerical goings on in Barsetshire.
Also in more recent times, the famous actress Dame Sybil Thorndike was a niece of Bishop Bowers, Rector of North Creake in the early part of the 20th century, and visited Norfolk frequently right up to the 1970’s. She attended a service at North Creake just a few years before her death in 1976.

The Living has always historically been a famous and rich one in the Diocese.  At various times through the ages the Dean of Norwich, and indeed some Bishops, held the Living. The Glebe was a substantial 186 acres and indeed the splendid walled garden of the Old Rectory (discarded in 1845) still exists with its abundance of fruit trees. The annual stipend during the 19th century was over £1000 per annum, an amount that allowed the Rector to live in style with several servants.  How times have changed!